At my first ASH conference in 2012, I happened to meet Frank who was working in the Takeda Oncology exhibit booth. He led me through the process of adding a wish to their wall and mine was, of course, to cure myeloma. In talking, we discovered that we are both Auburn University alumni. For those not familiar with Auburn and other universities in the Southeastern Conference— college football is serious business! Each university has many dedicated fans, and Auburn is no different! Frank is one of these fans who is loyal to our alma mater and totally enjoys attending Auburn football with his wife and friends. I follow Auburn football from the edges and occasionally catch a few minutes of a game on TV, but I’m not a serious fan. I don’t know all the players or who beat who in each game. Nonetheless, I enjoy talking with fellow Auburn fans and am glad they are so passionate for our school.

Each year, I stop by the Takeda booth to see if Frank is attending and each year I’ve been pleased to see his smiling face. He’s always interested in how I’m doing and then we move on to talking football. Frank always knows about all the college football bowl games, but this is something I have to google before chatting with him. For me, ASH is the ultimate bowl game—always wanting the talented team of researchers to win the championship by continually finding innovative myeloma treatments that will move us closer to a cure.

Like athletes who feel tired and weary after a game, ASH has a similar effect on me—my feet and body are a bit tired and my mind is in overload mode trying to process all the new information I received. It will be hard to top ASH 2015 which was held on the heels of many new drug approvals, but nonetheless, this conference did not disappoint. Just like myeloma patients who are continually fighting to move forward, so are the researchers.

Not resting on the laurels of last year, there not only were follow-ups on the performance of the monoclonal antibodies approved last year, but serious discussion about new drugs such as Selinexor and Venetoclax which are working their way through the phases of clinical trials. These are new classes of drugs that use different mechanisms to hit myeloma, and in some cases, can also enhance the effectiveness of currently available medications. Like a talented football team, myeloma cells adjust their attack as conditions change— they are very smart and are continually evolving and outsmarting existing therapies. It’s something to cheer that these new options work in unique ways and will hopefully allow us to stay one step ahead of the myeloma cells. Another benefit—they are both on oral therapies, which allow more freedom in the lives of myeloma patients.

As the new year is upon us, many football fans are eager to watch the vast series of bowl games and root on their favorite teams. As an Auburn fan, I will be rooting for Auburn to win the Sugar Bowl. But, more importantly as a myeloma patient, I’ll be keeping my eye additional information throughout the year that will help us win the battle against myeloma.

In closing, I’d like to the thank the champions in the field of myeloma who made the trip for all the Support Group leaders who attend ASH. This winning team includes the International Myeloma Foundation, Amgen, Bristol Myers Squibb, Celgene, Janssen and Takada Oncology. It was an inspiring and encouraging experience that I look forward to sharing with my support group and many others in my community.

Diagnosed with myeloma in 2010, Linda today co-leads the Chattanooga Multiple Myeloma Networking Group, alongside her husband. Linda will be attending the ASH Annual Meeting for the fourth time, and she will focus on maintenance therapy, updates on monoclonal antibodies approved in late 2015, and new emerging monoclonal antibody treatments. 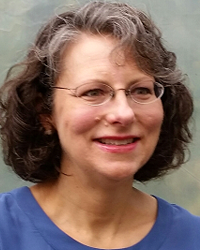