Yes, today was the last full day of ASH but that’s not to say if wasn’t full of information with oral presentations packing the day from 7 a.m.–6 p.m. Highlights included these abstracts listed as follows (# abstract number):

Dr. Brian Durie: Who should be treated and when, specifically referring to smoldering multiple myeloma (SMM) patients?

Dr. Sagar Lonial: We typically use the “gentle” (e.g. Rev or Rd) rather than “aggressive” (e.g. Dara-RVd plus SCT) approach because we don’t really know which high-risk smoldering multiple myeloma (SMM) patients will progress. . . some within a year and some are more like MGUS.”

Dr. Joseph Mikhael: “We could be ‘under’-treating them.”

Dr. Sagar Lonial: “For SMM, it’s more important to know the tempo of their disease rather than risk factors, which is why I have my SMM patients come in again for tests one month after their SMM diagnosis.”

Dr. Joseph Mikhael: “Yes, and I’m also afraid that some might interpret MRD- as a cure, which is not true.” At least not until they have sustained MRD- without treatment for several years because they can relapse.

Well, that’s it for the last night of ASH. I’ll be blogging a summary that will include Tuesday’s final late-breaking abstract coverage [transplants for multiple myeloma patients] as well as create a PDF file with details of trial results and comments from ASH that I found interesting. Just email me [email protected] if you want the link. 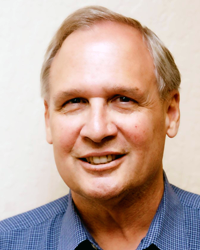