In comparing this year’s large ASH meeting to previous years, we support group leaders continued to see lots of myeloma interest and research. Myeloma sessions were full with some overflowing even the overflow room! Myeloma was especially exciting at last year’s ASH because it closely followed an unparalleled “November to Remember” with three new drug approvals. I found a quieter thoughtful approach to ASH16 among myeloma clinicians as they are still learning how to best use so many good treatments.

For many decades, the three pillars of cancer treatment have been surgery, radiation, and chemotherapy. We now have a firmly established fourth pillar for many cancers, including myeloma. Immunotherapy was the biggest general theme of discussion for myeloma, with sub-topics of monoclonal antibody therapy (daratumumab and elotuzumab with further development of Isatuximab), checkpoint inhibitors such as Pembrolizumab, and CAR-T cell therapy. There is an important push to move Dara to earlier therapy. Maturing data from both the POLLUX and CASTOR trials show Dara is very effective when combined with dex and either Revlimid or Velcade.

Three new agents/approaches stood out for me. Selinexor is a new oral drug with a unique mechanism of action. It inhibits a myeloma cell’s ability to transport toxic novel agent or chemotherapy out of its own nucleus thereby making that treatment more effective. Venetoclax is currently approved to treat CLL (chronic lymphocytic leukemia). At ASH we learned it is effective in myeloma, especially for patients with 11;14 translocation chromosomal abnormalities. Once a drug is FDA approved for one type of treatment it is certainly legal and not uncommon for physicians to try using that drug for another use if they feel it will help their patient. That is the case for Nelfinavir, an HIV drug which has been found to be very useful in reversing proteasome inhibitor refractory state. In other words, Nelfinavir can make Velcade or Kyprolis effective again after they had stopped working for myeloma patients.

A personal highlight for me happened in a poster viewing session when I found myself standing beside Torben Plesner as we both studied the same poster. Dr. Plesner was the first person I heard at ASH a few years ago telling Oral Abstract session attendees about a new anti-CD38 monoclonal antibody that he had found to be useful in myeloma patients. The poster we were looking at described how various other drugs increase daratumumab’s effectiveness, and Dr. Plesner explained that one of the very best to do this is Cytoxin. This oral agent is cheap and quite synergistic with Dara. Both of us feel that Dara will move to frontline therapy for myeloma and will likely establish itself for myeloma in the same way Rituxin has been used for many years for NHL (Non-Hodgkin Lymphoma).

As our myeloma treatments have improved these last few years, so have the depths of treatment responses. Some fortunate myeloma patients reach MRD (-), meaning we have no remaining detectable minimal residual disease even at the amazing level of 10-6 (one myeloma cell in one million normal cells). Using MRD (-) or (+) after therapy as a primary or secondary clinical trial endpoint is an important development I wanted to follow at ASH. There were many presentations where this deep response was discussed in clinical trial context. MRD measurement must still be considered an experimental evaluation of treatment which must be tested in clinical trials. Some day we hope MRD measurement will allow treatment decisions such as stopping therapy altogether if the test is negative and continuing or changing treatment if MRD is still positive. We are definitely not there yet. Along that same line, no one should jump to a conclusion that MRD (-) represents cure. It does not!

The venue for ASH was delightful with 70 degree days at a time when it was in teens or single digits at my home in the Midwest. The San Diego meeting site is very spread out between the convention center and four nearby hotels. They look close together on a map, but we walked a lot during our stay at ASH. We SGLs got to know each other well, renewing long-standing friendships and making new friends. IMF’s leadership planning ASH attendance is just outstanding with a special shout-out to Robin and Carmen. Every important detail was covered for the SGLs and our job was to be the eyes and minds of myeloma patients unable to attend as we were privileged to do. Please read all the blogs and review our hundreds (thousands?) of tweets at #IMFASH16. We learned a lot and enjoy sharing our new information with anyone interested in multiple myeloma. . .a cancer which WILL be cured! 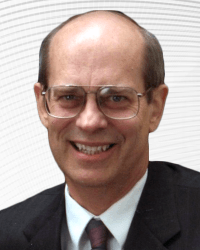