The 58th American Society of Hematology meeting took place from December 1 through the 6th in San Diego, CA.

The IMF’s Global Myeloma Action Network (GMAN) meeting took place the morning of Friday December 2, 2016. GMAN’s objective is to Improve the lives of myeloma patients around the world. Attended by countries such as Australia, Brazil, Colombia, Canada, Hungary and the US, the group discussed the continued need for clinical trial awareness, increased drug access and improved treatment outcome. The group also prioritized goals for 2017.

The IMF Satellite Symposium taking place during the afternoon of #ASH16’s first day, discussed the various treatment options and how to leverage drugs approved and in the pipeline optimally. The highlight was the proposal of a new treatment algorithm by Vincent Rajkumar that took cost and efficacy into consideration.

The highlight, for me, of the IMF Grant Award Reception was meeting the lead investigator of the iStopMM campaign. During this awards ceremony we got to spend time with the award recipients some of whom are meeting actual myeloma patients for the first time.
The reception was also highlighted by patients telling their story of “Living Well With Myeloma”

The IMWG breakfast meeting assembled the top 200 myeloma specialists from around the world. It also welcomed 17 new members. It was refreshing to see how much work, critical thinking and thought process goes into each published guideline. Myeloma patients are thankful for these specialists dedicating their life to the treatment of this disease.

Even with the absence of an approval of a new drug, this year’s ASH was as exciting and hopeful as last years. With the approval of 9 novel therapies for the treatment of myeloma since the advent of bortezomib in in 2003, the promising drug pipeline has never been primed as its today! I look forward how our understanding of existing drugs, their various permutation of combinations, the addition of new drugs and new testing methods such as MRD testing will bring to the overall life expectancy of a myeloma patient and their associated quality of life! 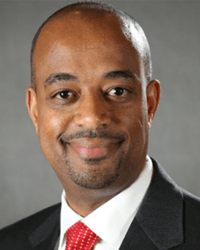