Each year, ASH comes on the heels of Thanksgiving, which is one of my favorite holidays. It’s the perfect opportunity to reflect on all there is to be thankful for, including all the research being done in our myeloma world. When I was diagnosed with myeloma in 2000, the options were few and side effects difficult.

In 2015, we witnessed an unprecedented event of four myeloma drugs being approved by the FDA: Kyprolis® (July 2015); Ninlaro®, Empliciti®, and Darzalex® (November 2015).  In fact, while at ASH last year, we attended a special session on the three drugs approved in November: “ASH/FDA Joint Symposium: Late Breaking Drug Approvals.” We listened to speakers from the FDA on each of the new drugs, followed by impressions from myeloma experts. This special session was in a room the size of three football fields attended by thousands of people interested in myeloma! While each of the speaker’s information was exciting and important, I think the final words of this session were most the most memorable: Yelak Biru, a twenty-year myeloma survivor and a dear friend, walked up to the mic during the open question segment. He happened to have the last question of the day. He simply stated his thanks to all the researchers and that we as a community should celebrate, but to get back to work, as the war on myeloma is not yet over. His statement met with thunderous applause.

I look back at that “November to Remember,” and I’m thankful for all the novel agents for the treatment of myeloma! We’ve certainly come a long way from the days of saving transplant as the big gun in your back pocket! We now have clinical trials that show us what drug combos to use pre-transplant and post-transplant to have the most durable remissions possible to date.

As a sixteen-year myeloma survivor, I look to this year’s ASH to lead us to better understand each of the novel therapies and how to use these in various combinations in the real world. In fact, the IMF will be live broadcasting on this exact subject for their symposium at ASH: “Treatment Advances in Multiple Myeloma: Expert Perspectives to Translate Clinical Data to Practice”.

I’ll be blogging and tweeting from ASH, focused on these new combination trials with a particular interest in the relapse setting. I’m also excited to learn more about a new myeloma therapy combination with an AIDS drug (Abstract #487) which shows an overall response rate (ORR) of 65%! (This is a combo of Nelfinavir with Velcade®/dex.)

That’s it for now: it’s time to pack and head to San Diego! 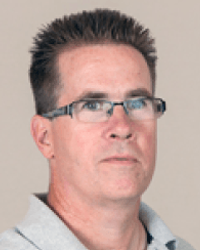